Internet of Things (IoT) is gradually indulging in every activity and technological appliances around us. It has taken human-computer interaction to whole another level. We are not far away from the day when we would operate everything through our cellphones. One of the best examples of IoT or automation is motion sensors.

Motion sensors are the heart of our recent security systems. And are usually used to detect and understand the position, velocity, and acceleration.

There are different types of motion sensors that are used for various purposes and circumstances.

It detects an object through heat and movement. Widely used in home security, it can detect whether the object is armed or harmful.

Detecting the MicroWaves it measures the reflection/shadow of the moving objects. Although it is used very rarely as it is expensive and not merely compatible with the electrical interface.

Usually used in high-teched appliances to reduce false alarms in the sensors. Both PIR and MW are combined to make these sensors. The passive and active nature, respectively of both the technologies provides double the triggers for the alarm to be tripped.

Application for the Security

In India, there are particularly fewer entities providing gadgets that are home automated. Detecting the need of the hour, Pongo Technologies Pvt. Ltd. brings PonGo Home a quality home automated product to your home and that too at affordable prices.

Pongo Home envisions to make their customers life lives safe, secure and easy. Making the technology available in prices cheaper than the market and every rupee you are going to spend is worthwhile. The company wants to serve communities as a whole by innovating in agriculture automation. 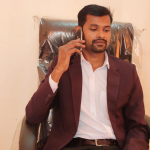